Destinia.com, an international travel agency, pooled its travelers to get their opinion in light of the growing popularity of private transport applications like Uber, BlaBlaCar and Carpooling. International travelers from countries including the United States, United Kingdom, Saudi Arabia, United Arab Emirates, France and Spain responded to the online survey on Destinia.com. Of the 1,040 respondents, the majority (77.4%) feel that private transport apps should be made legal and also do not use them (64.6%) or use them very little (26.2%). 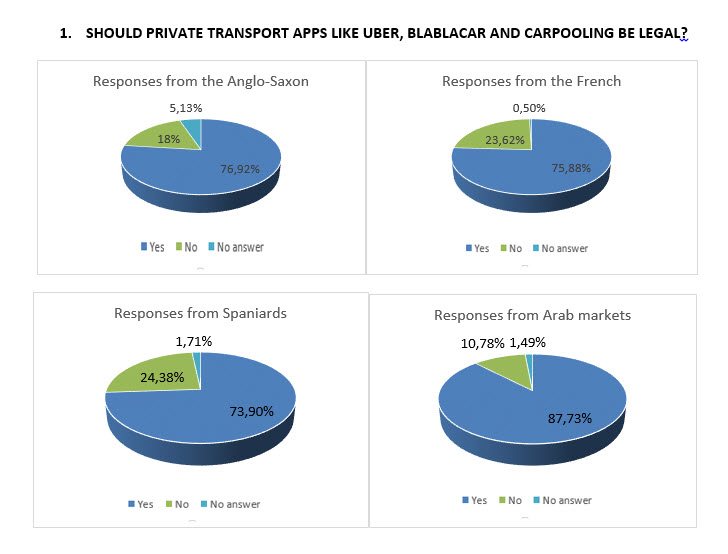 Among those pooled, Arabic travelers gave the greatest approval rating at 88%, followed by Anglo-Saxon travelers (American and British) at 77%. In Europe, 74% of Spanish travelers vote for the apps to become legal and 76% of French travelers agree.

As to use of such apps, 44% of Anglo-Saxon travelers admit to using the apps “sometimes”, followed by 39% of Arabic travelers, whereas Spanish travelers are those who least use such apps (75% have never used them), followed by French travelers (68%).

When asked about the advantages private transport apps offer over official taxis, the majority across all markets consider price the main advantage. In the US and UK, 49% report that price is the main driver, followed by the reliability of a fixed fare for service. On the contrary, 49% of Anglo-Saxon travelers value the legality of the official taxi and the reliability (33%) as the main advantages over private transport apps. Both legality and reliability are the attributes most valued as well by Europeans. Arabic travelers give priority to price and the taxi driver’s local street knowledge (49%).

To trust or not to trust. When questioned about the trustworthiness of taxi drivers by country (France, Germany, Netherlands, Italy, Spain, UK and USA) there were varying opinions by country of traveler of those who responded. Regardless, the results are interesting: 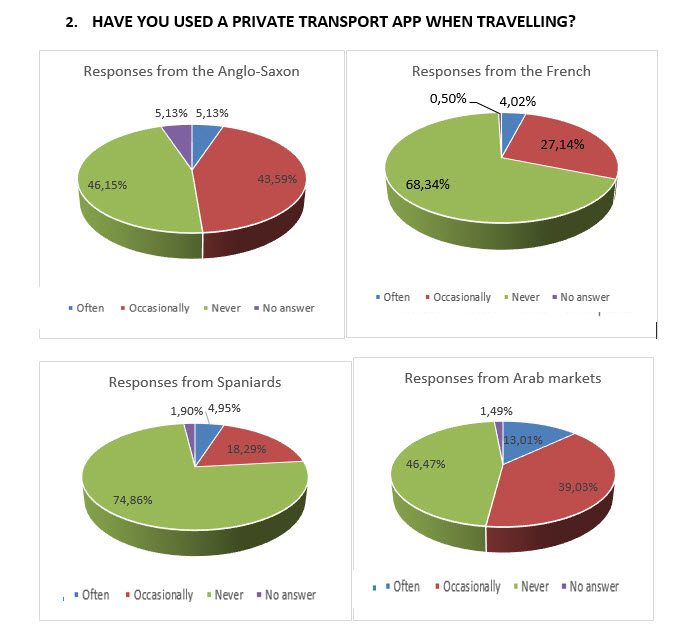 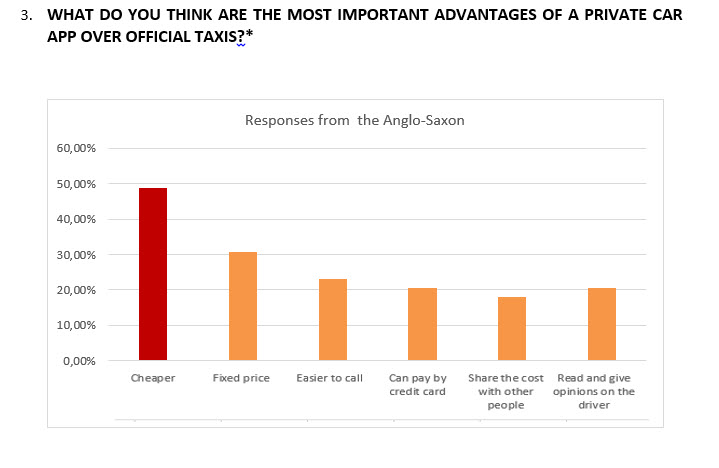 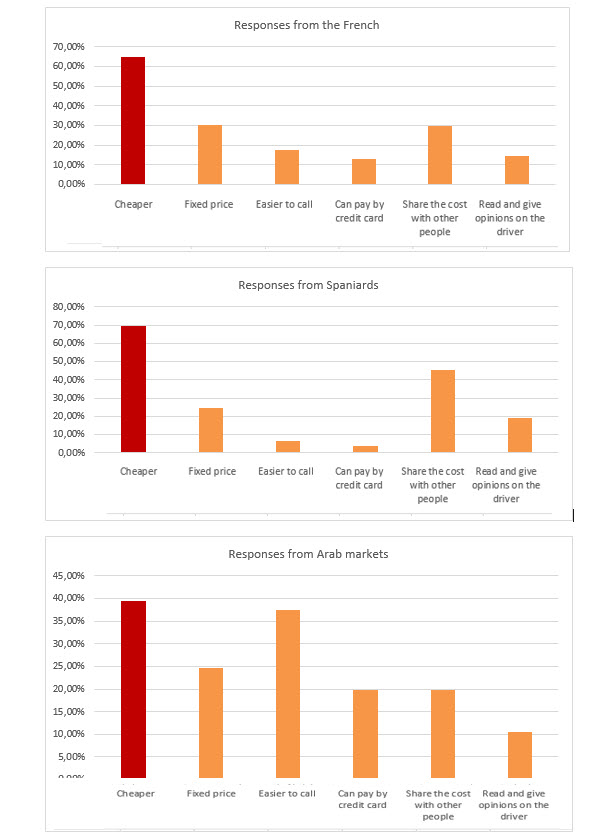 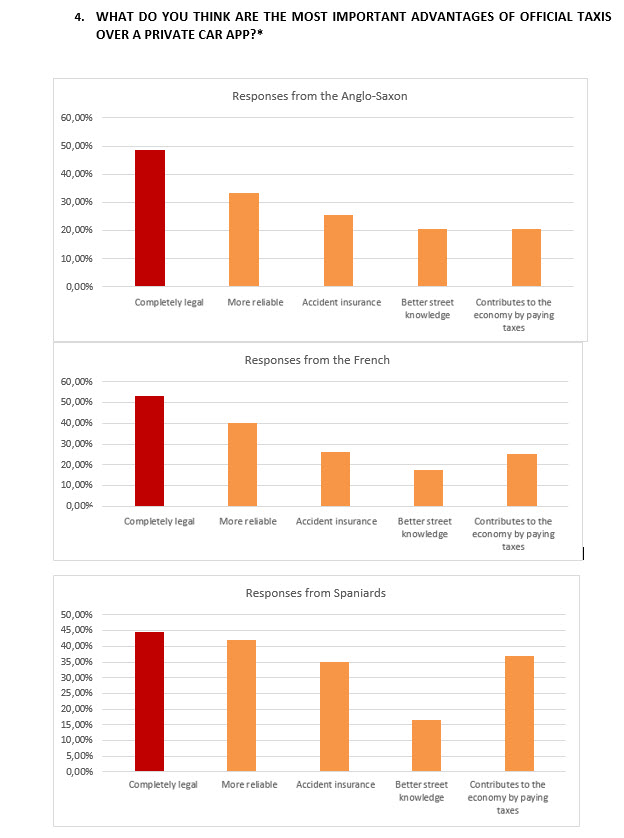 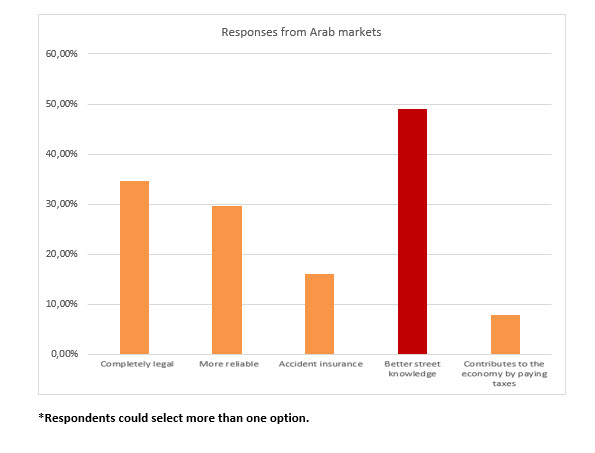 Download here the press release in a pdf version:PR_ poll taxi vs Uber_ENG_20140822