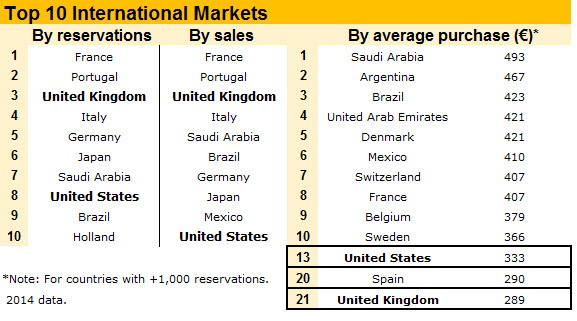 The online travel agency Destinia’s gamble on internationalisation is starting to pay off. Spain’s share of the company’s reservations has dropped from 87% in 2013 to 75% in 2014, due to the pull of international markets. In terms of revenue, foreign sales represented 30% of the total as compared to 17% for the previous year. ‘Destinia sells in 25 countries, and our website has been translated into 32 languages, including Arabic, Farsi, Japanese and Finnish. This trend is unstoppable’, asserts Destinia Sales Director Mónica Prieto. The company is one of the top five online agencies in Spain.

Passengers travelling with children grow by 17%, and flight+hotel is the star product with reservations climbing by 21%

Destinia has focused its expansion efforts on the Middle East, and a year has now passed since the opening of its offices in Dubai. ‘The results have exceeded our expectations’, affirms the Sales Director. France remains the leading foreign market, both in number of reservations (+17%) and total revenue (+24%), while British reservations have increased six-fold; Russian reservations, five-fold and reservations from the USA, three-fold.

Although Destinia is increasingly less dependent on domestic sales, Spain continues to be its core market. In 2014, national tourism also yielded positive results, as there was an increase in both the number of reservations (+6%) and the purchase price (+7%), which rose to an average of €290. “After several years of staying home, Spaniards have begun travelling again, and when they do, they’re spending more”, affirms Prieto.

Flight+hotel, the star product
The highest-performing products have been flights and flight+hotel, exhibiting increases in reservations of 30% and 21%, respectively. ‘The success of this product is due to clients’ growing desire to custom combine their travel arrangements. There has been an irrepressible trend toward dynamic packages, which we are working to improve’, explains Mónica Prieto. Hotels, another product that has enjoyed double-digit growth, have exhibited a 9% increase in the average reservation price, reaching €280.

Best-selling destinations
Madrid is once again the top destination in Spain, followed by Benidorm, which retains its second-place status for another year. London was the trendiest city in 2014. In the flight+hotel category, the most popular destinations were the Balearic and Canary Islands, with six locations among the top 10.

A more family-oriented traveller
Travellers with children and babies grew by 17% in 2014, which is evidence that our clients are increasingly family-oriented. The share of children has been growing over the past three years, representing 11% of all travellers.

Although mobile devices have been gaining prominence, desktop computers still predominate, representing 64% of all traffic in comparison with 28% via mobile phones. Portugal leads in web traffic with 76%.

However, in countries in the MENA area, mobile phone use prevails (50%). Following closely behind is the US market (48% of traffic).

The percentage of visits to the online agency via tablets is still relatively small (8%). These users are led by the Belgians, Swiss and Dutch, with approximately 15%. 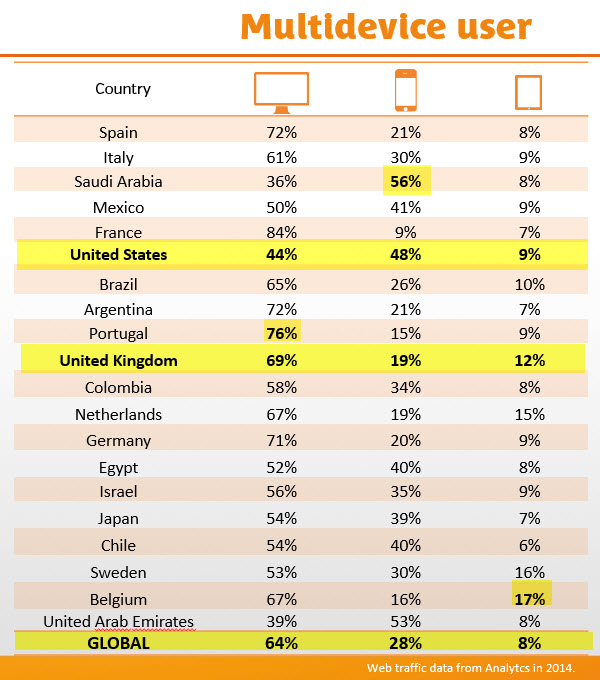 Destinia offers access to VIP lounges in more than 160 airports